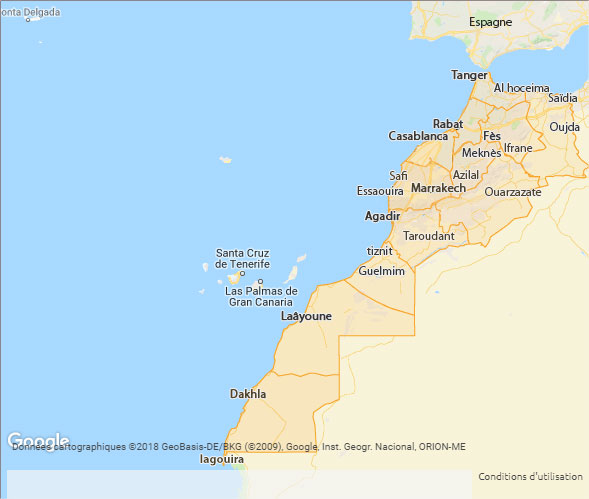 The archaeological treasures of Morocco

Morocco has a long-standing and rich history. Traces of the past still lives on since pre-Roman and Roman, Phoenician, ancient and prehistoric, including traces of dinosaurs or rupestral. Everywhere, they testify to the rich heritage of the country and promise you an enriching stay.

Located near Moulay Idriss Zerhoun, Volubilis is an archaeological site that was listed by UNESCO as World Heritage. Considered as the main Roman ruins of Africa, Volubilis symbolizes the multiple cultural influences in Morocco.

There are traces of several civilizations that have succeeded each other. Founded in the 3rd century B.C., it was the capital of Mauritania which was later occupied by the Romans with a total of 20,000 inhabitants.

The archaeological site Volubilis remains a wonder for lovers of ancient architecture, history of civilizations and ancient ruins. From Mosaics, carved columns, oil presses and various other buildings, these remais are just breathtaking ! 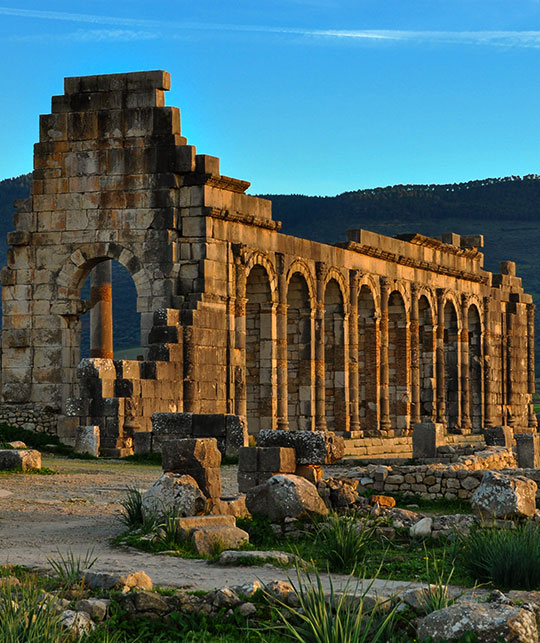 7 km from the town of Larache, on the Rabat-Tangier road, nestles Lixus. It is an ancient city which brims with vestiges that are symbolizing some aspects of ancient civilizations: the Carthaginians, Romans and Muslims took refuge there.

There are ruins of workshops that were used for salting and fishing, the ruins of an ancient cathedral, an amphitheatre and a mosaic depicting Neptune, who is the god of white water and springs.

According to Greek mythology, the city is the setting for one of the 12 labours of Hercules, which consists of picking golden apples in the garden of the Hesperides. 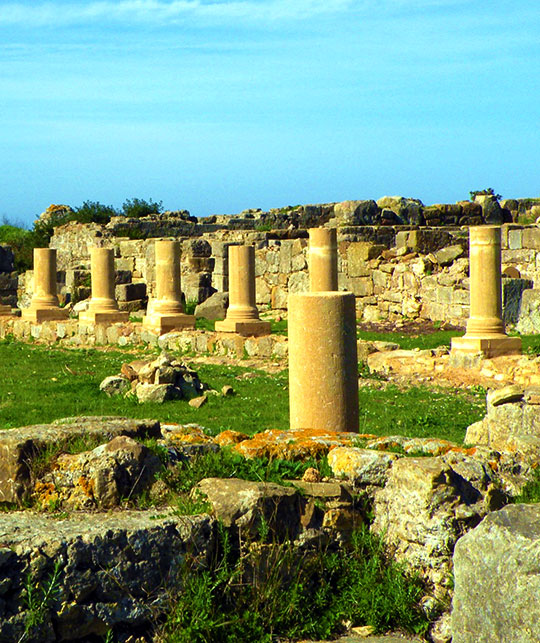 The necropolis of Chellah, a melting-pot of dynasties

The city of Rabat offers one of the most beautiful tourist sites of the city which is the Merinid necropolis of Chellah, located 2 km from its center. Listed by UNESCO as World Heritage since 2012, many visitors come to discover this city built on the ruins of the ancient Roman city of Sala-Colonia.

Colonized by a flourishing vegetation and storks that made a home for themselves, there are several interesting remains : ruins of the Zaouïa, a minaret, tombs, flowered alleys and a large basin.

The Merinide Necropolis also hosts many events such as the Jazz Festival. 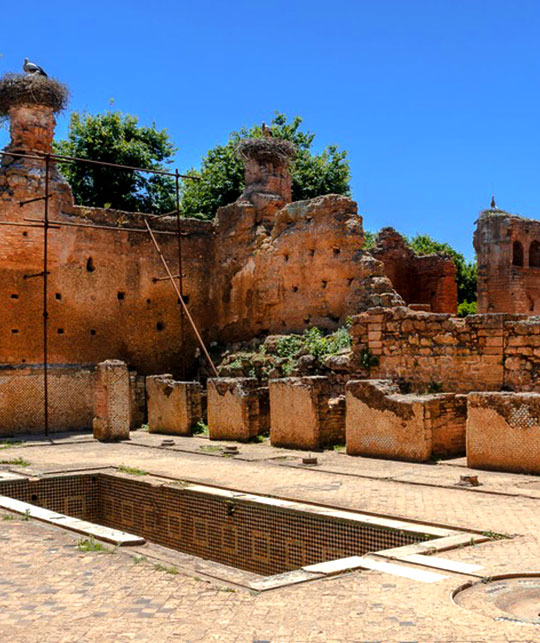